Another day another 8 hour power cut as HEP replace old power cables in our area. We hope that the freezers are staying frozen! So with no Hifi or Wifi to entertain us we went for a walk to the “Turkish Castle” as Stonky calls it, twenty minutes or so into the local woods. There is not much castle left but its a good excuse for a walk!

The last few days the weather has cooled  to the kind of temperature that I like to go out in. I took Sanja to see our local “Gypsy” cave in the woods by our road. The next day we met Mia for a day by the river Mrežnica. It now being September there was no one else around as it is now officially too cold for swimming. Funnily enough someone did turn up and went for a swim and he turned out to be Scottish! We played scrabble, ate a picnic, swam and messed about in the water falls. All very idyllic and then Sanja and I cycled home which took less than an hour to do. We will return!

This week saw the arrival of Ines and Daniel and finally weather so clement I was able to work out in the garden during the day time!

I have often said that my home is where my hi-fi is set up. It maybe that I should add a caveat that adds “and where my mug shelves are”. Finally my kitchen became complete as this week my mugs came out of their boxes, were washed, and installed in their new home.

Here’s a quick review of the last two weeks. We had old friends from Prague visiting with whom we went to the coast. Then a couple of mates fom Ljubjana called by for a night. Now Sanja and I are alone with the cat whilst Marko and Sunni do their annual holiday to Sibenik etc.

Sanja and I have started the mammoth task of photographing all my t-shirts!

Sanja is our first official guest! Some friends popped by for a night and we played pool and cutthroat late in to the night. Our killer cat has been hard at work. Zagreb has a new all vegan bakery. See photos below!

This post had to wait for me to finish Altai and I’m fighting the urge not to finish reading the Wu Ming book about Thomas Muntzer right now, both great books.

Belgrade or Beograd as the locals call it is the capital city of a country -Serbia in a region – the Balkans-  that strongly identifies itself as having a meat eating culture, bare that in mind when I get excited about the smallest of vegan discoveries. Sometimes I am reminded of what it was like being vegan in the 1980’s  U.K.! And no the new era of awareness of the effects of meat and dairy farming on climate change and the end of the world as we know it has not permeated the public consciousness over here or they just don’t care!

Having said that there are some vegan delights to be found if you know where to look. Also there is that other factor that harks back to the days when there were very few vegan restaurants anywhere and if those that did exist were often run my religious nutters! Great food terrible leaflets! Serbia has its own Orthodox Christian church just as crazy as the catholic one but fiercely different from it – supposedly! The one thing they do do differently is “Posno” food! On fridays they do not eat anything that contains meat or dairy, they do eat honey and some aquatic animals. It being a church dominated country you can get Posno food all over the place. I was told that some processed cheese that is  considered “posno” actually has  asmall percentage – considered insignificant- of milk in it, so you might want to check. But I have had several Posno pizzas with thick chewy vegan cheese on that was pretty good for the price!

As you may know I do reviews for Happy Cow, so you can see all my Belgrade ones here and of course all the other places, reviews and info too.

I will through up a bunch of photos and describe the food available and give suitable links.

There is another cake place that must be mentioned, though I seem to have deleted all my photos from there! Poslasticarnica Suma make their own cakes, many vegan and without sugar. I’m told they also do some very fine wine! It is situated just at the top of the “bohemian” quarter that gets featured on all the adverts for Belgrade, but don’t let that put you off!

The Vegan Belgrade post will take a lot of screentime so here’s a quick catch up on my life at Barabrith.

So I had decided to limit the scope of this blog to the events and lives surrounding Barabrith. But having spent almost a month away in Belgrade and realising that many of you who are considering coming to visit us here may be interested in the capital city of the former Yugoslavia, I decided to make an exception! My recent visit to Belgrade was a little different due to the Covid 19 restrictions so we did a lot less visiting  museums,  theatre and such like. Still below are a bunch of photographs from Belgrade with my usual witty comments and inane insights….. 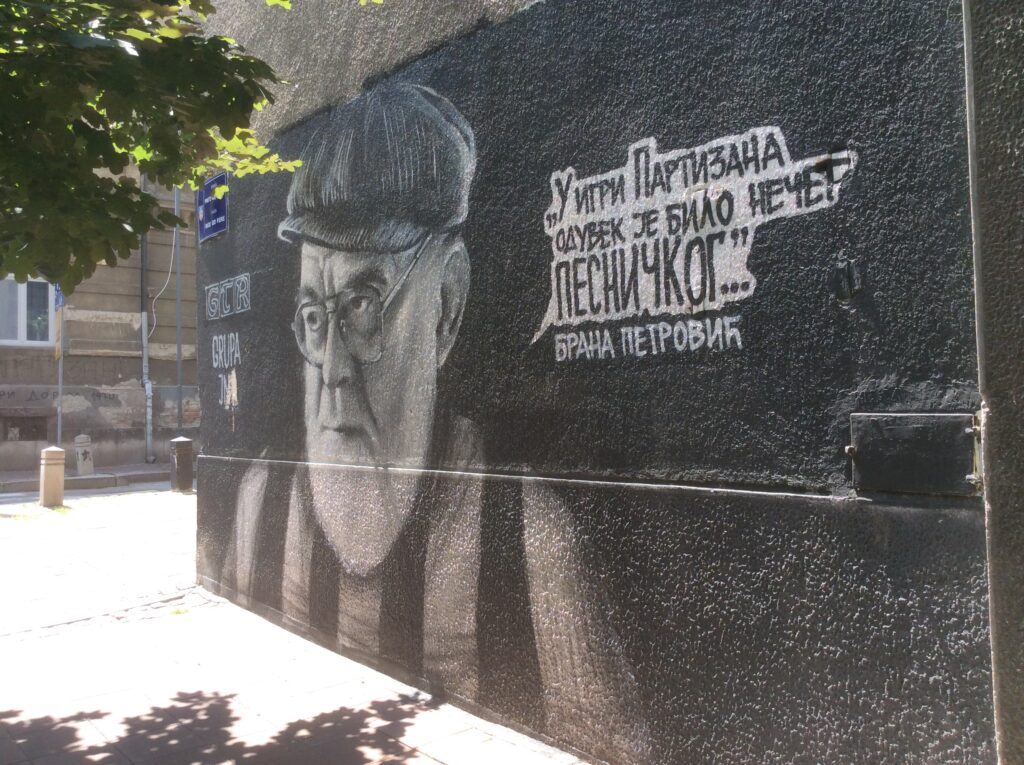 Thank you Sanja without whom most of that would not have been possible,  up next my guide to vegan Belgrade!

The border restrictions on my being able to cross in to Serbia were removed, so off I went to see my beloved Sanja.  I’m still here three weeks later but will be heading home soon. There will then be a special Belgrade report and normal service will return thereafter!

is written by just one of the four occupants of Barabrith. No collective consensus process was entered in to during its production so please only blame the one called Jon!